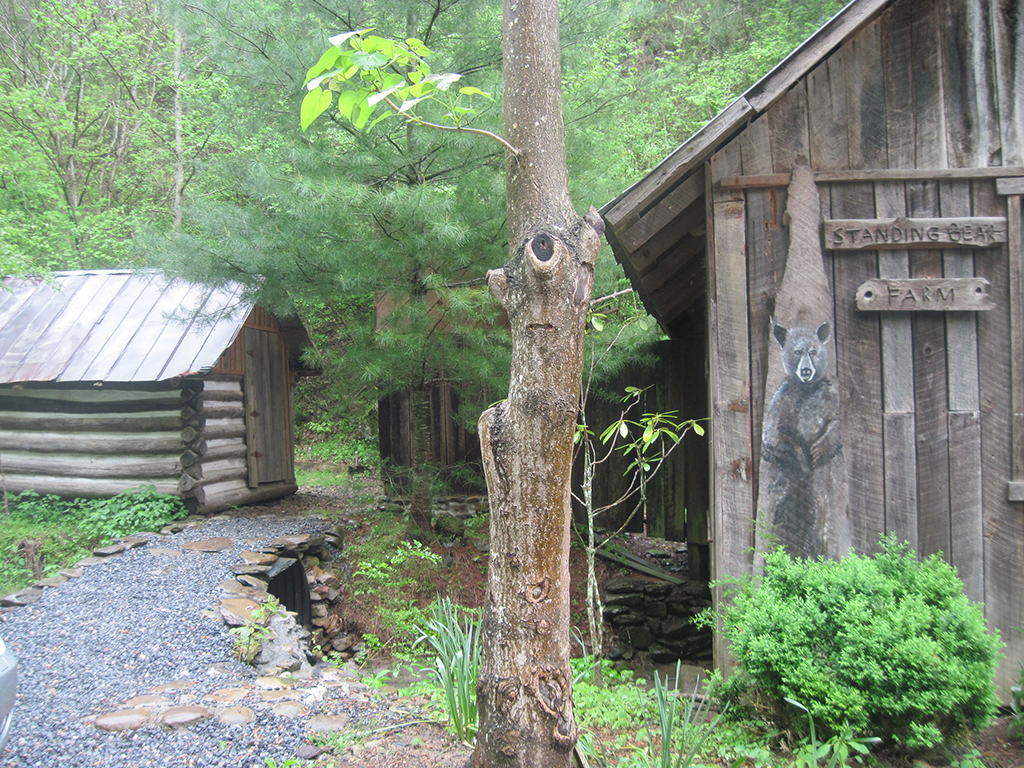 Share
Tweet
Pin
Share
Email
After five weeks on the trail, Sandy and I still snuggled together in our enormous Big Agnes sleeping bag every night, recapping the events of the day and laughing out loud at our own mishaps and the antics of our fellow hikers. With worn muscles and sore knees, we are thankful for the miles behind us!

Even with all the beauty and laughs, there is the possibility of real danger. As we left the Smokies, threatening dark clouds filled the sky and we picked up our speed. Our hopes of arriving at Standing Bear Farm dry quickly gave way to pouring rain and a muddy footparh slippery like axle grease. With the cabins full and the bunkhouse unable to handle our massive sleeping bag, Big Agnes provided us special accommodations: an eight by eight foot shed with a single little window and no electricity, a roof over our heads and a dry place to sleep.

After a nice breakfast in the communal kitchen we headed out in the rain, with most of our fellow hikers staying there looking at taking a zero day. Walking towards the trail, one fellow hiker told us “if you guys are going out, I’m going too.” Later in the day he caught up to us as we came close to the shelter. We learned he was new to hiking and that the AT was his first big trip.

By the time we arrived at the shelter the temperature had dropped significantly. Shivering, we set up the tent in the wind and rain. By the time we got into the tent we were nearly hypothermic! Slipping into our only dry clothes we snuggled and shivered together in each others arms. Once warm, I learned out the tent flap, still in the sleeping bag, and fixed us a hot drink and dinner.

The fellow who had hiked in with us came over and asked what he should do. Everything he owned was wet and he had used up all his fuel trying to dry things out. We could tell he wasn’t well, so we told him to spend the night in the shelter.

The next morning after packing up, I went to check on him. Not finding him in the shelter, I walked down to his tent. The rain fly was inside out, which reinforced my belief that he was in pretty bad shape when he put it up. When he didn’t answer, I looked inside to find his gear in place but he was nowhere to be found. Asking around camp, no one had seen him.

On our way into town, we stopped at a little country store to call 911 and report him missing. A day later, we heard from fellow hikers what had happened. After setting up his camp he felt that he shouldn’t stay there in his wet and cold condition. So he left his gear and headed back to Standing Bear with his phone, and called for a rescue when he got a signal.

While we were happy to know he was safe, his story is a reminder to us and the other hikers that thru-hiking the AT is a true adventure. Without the proper equipment and experience it can turn deadly. I’m ever so happy to have all of my Scouting background and a well-seasoned partner like Sandy. Between the two of us, I feel that we are as prepared for this adventure as we can be.