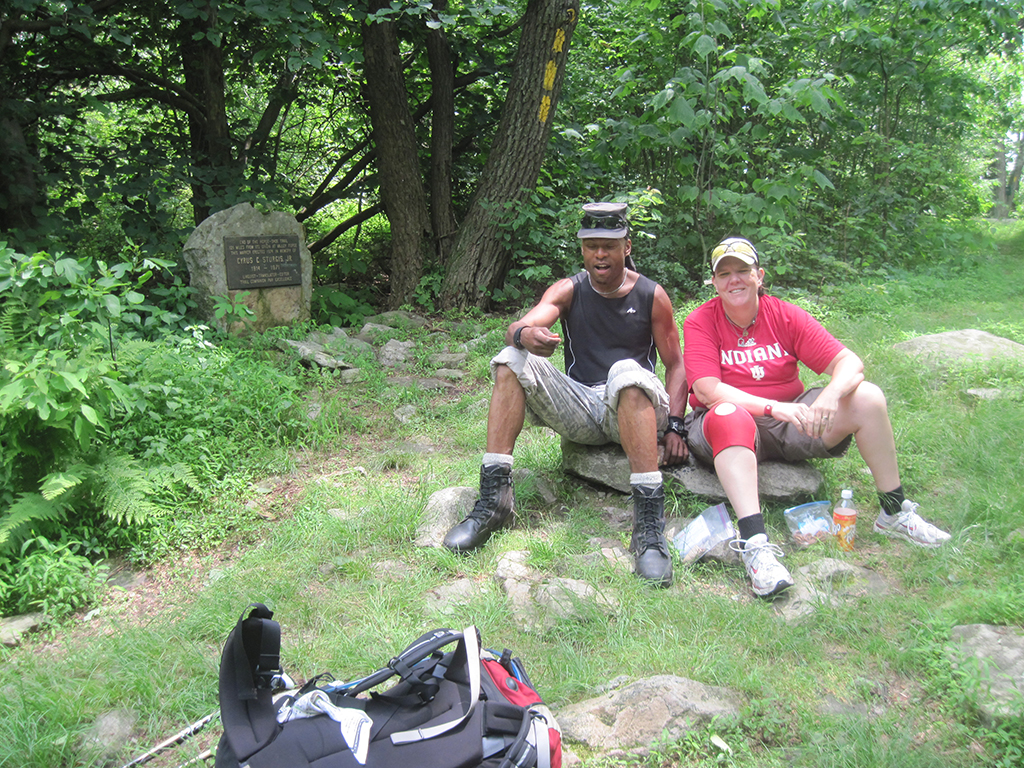 Share
Tweet
Pin
Share
Email
Standing in the historic museum in downtown Palmerton, discussing zinc mining with the volunteer whose family had deep roots in the area, I thought I saw a ghost, a reflection in the front window.

“It’s August!” John said, and I realized the apparition was a thru-hiker we’d met in Duncannon and several times thereafter. I almost pulled open the door to yell to him, but I stopped, feeling weirdly out of place. Having stepped off the trail, out of the slipstream of thru-hikers, we were the ghosts in August’s world.

From Palmerton we made our way east in a rental car, following the AT into New Jersey, into the mountains I grew up in. It was here my childhood dreams were formed, the mountains where the AT traversed visible from my home. It rained, of course. A visit to my cousin, and a stop for a mine tour with an old friend, rounded out five days of deciding whether to go back to the hike or not. We opted, for many reasons – my injuries and pain strong among them – to head for home.

Wrapping up our hike meant a stop at the post office in Delaware Water Gap where we had a few maildrops waiting. It took us a few tries to find the place, which would have been easier to find on foot. Leaving with an armload of boxes, we saw a hiker emerge from a car. August!

As thru-hikers do, we stood and swapped our stories. “No one’s been on the trail these past few days,” he said, and it didn’t surprise me, given the torrential rains. “I’ve been hiking alone.” We told him about our decision to go home.

“I’ve been there,” August said. “You gotta do what’s best for you.”

And so we did.