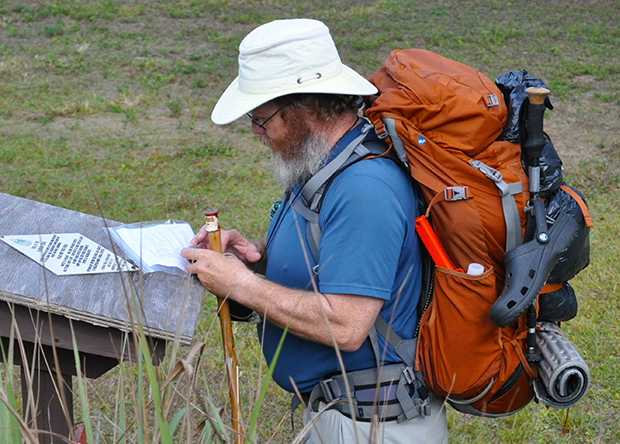 On Friday, our group of Florida Trail hikers left our group camp at Trail Lakes Campground and, with Chuck Norris and Tigger providing transportation, headed to the Florida Trail at Oasis Visitor Center in Big Cypress National Preserve. We were there for the FNST Southern terminus monument dedication.

Lots of folks from the Loxahatchee Chapter of FTA were there, along with others from the Florida Trail Association and the Forest Service. After a group photo, we gathered around the large, heavy terminus monument plaque. It was sitting on a dolly. Oops! It was supposed to be bolted to an enormous piece of limestone, but that wasn’t in place yet. The ceremony was a nice touch for the 30th anniversary of the FNST, but the lack of the boulder seemed like someone forgot a step in the process.

I started down the trail but forgot to turn on the GPS, which Sandy had sent me off with so I could collect details along the way for the new Florida Trail guidebook. So I turned around and walked back to the trailhead, arriving just in time to join the Loxahatchee gang, who were day hiking. After a mile or so I snuck by and continued at my own pace.  I could hear them behind me enjoying the day.  I was enjoying the solitude.

The trail was rather dry with very few knee-deep wades.  Three of us started jabbering, and missed a double blaze.  Seeing orange ribbons ahead, we continued.  Oops!  After about a half mile,  the Old Ridge Runner noticed that the footprints ended, and turned around.  Back through the water we came to the very well marked double blaze.  Lesson learned: keep watching the trail!!

At Seven Mile Camp we split up and I continued on to Thirteen Mile Camp. I was dragging by the time I made camp.  With no strength left, I set up the tent and crashed. Later I’d remember the half a Publix sub in my pack.

On the second day though the swamp, I pushed hard and walked alone most of the day. My stomach just wasn’t up to food.  All I could get down was three Powerbars and four liters of water.  Oak Hill Camp can’t be more than a few inches above the waterline, all soft ground and lots of bugs.  As the sun set, several hikers were treated to a glass of red wine by Megan.

On the third day, after the tents were down, it was only a few steps until we were back in the water.  And then we spent most of day wading.  I was never so happy to hear the sounds of traffic, which told me I was approaching I-75.

After a couple of falls, and one full faceplant, my glasses were smeared with mud and nearly impossible to see through.  I had nothing dry that could easily be unpacked to wipe them off.  As I walked down the wide buggy road towards the sounds of the interstate I could see the shape of someone heading toward me.  It wasn’t until Phyllis was very close that I recognized her.  I was so happy to see a familiar face!  A hug and an ice-cold Mountain Dew were wonderful!!

The folks who met us at the I-75 rest area treated us like royalty.  Thanks to Phyllis, Chuck and Tigger, David and Kay from Happy Hoofers, and Lane Decoste and the kind folks from the InChurch in Weston for all the great food and drinks.

On this third day, I went from the lowest of lows to near euphoria!  The swamp kicked my butt!  I love Sandy and knew that she still needs to do this section, but I was in tears thinking about doing it again, even with her!  Then, at the other end, I had the high of making it through the swamp. And of being supported by so many wonderful people.

Little did I know that a short time later that I’d be hiking in the pouring rain, without a map, in the dark, using a headlamp, looking for a place to put up the tent……. 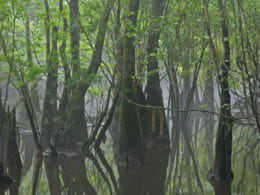 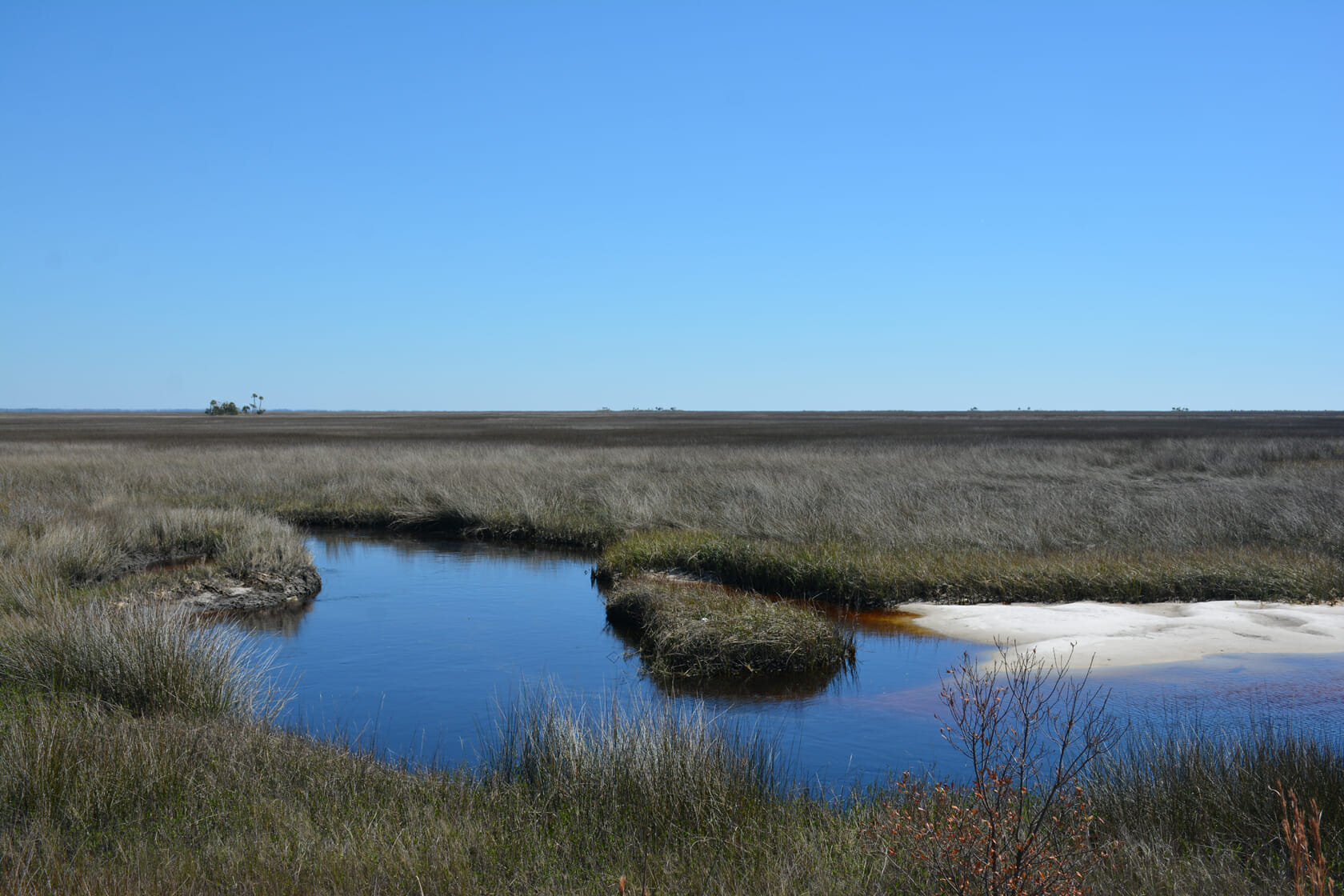 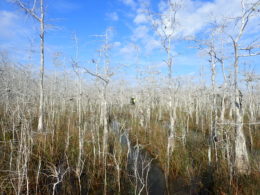 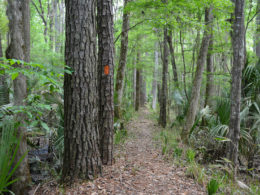 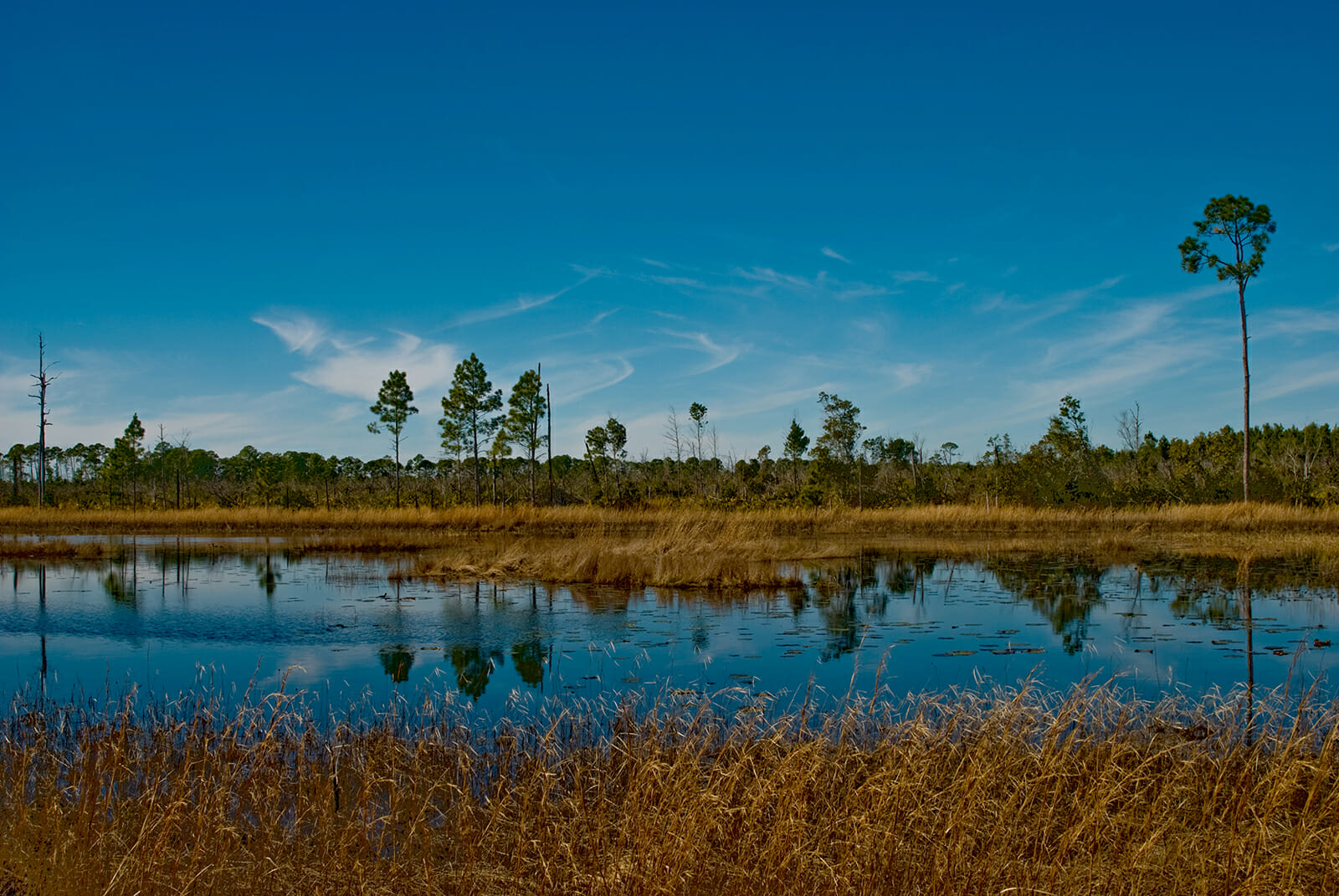 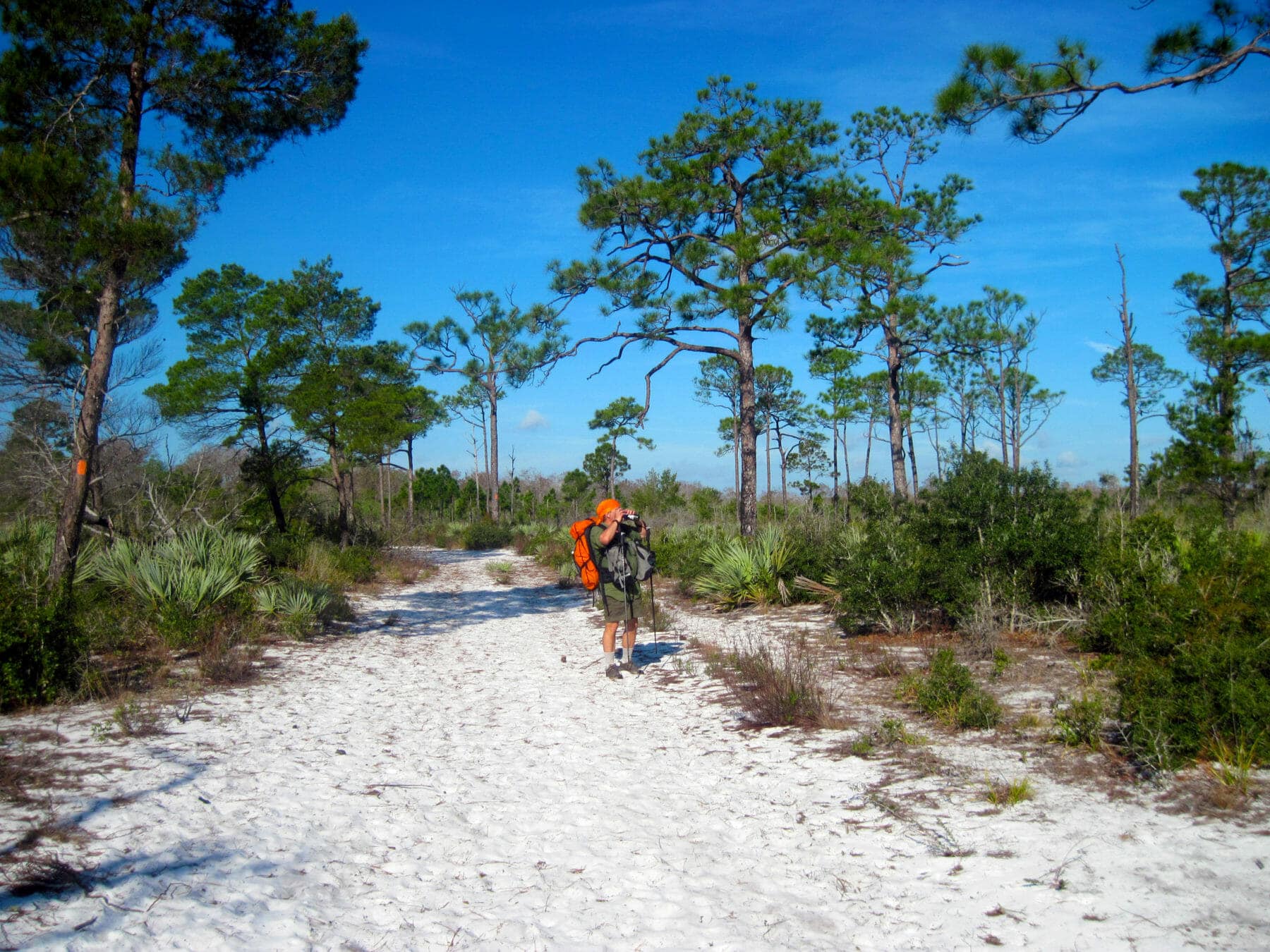 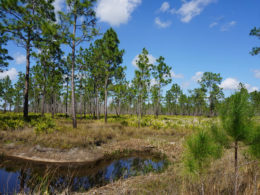 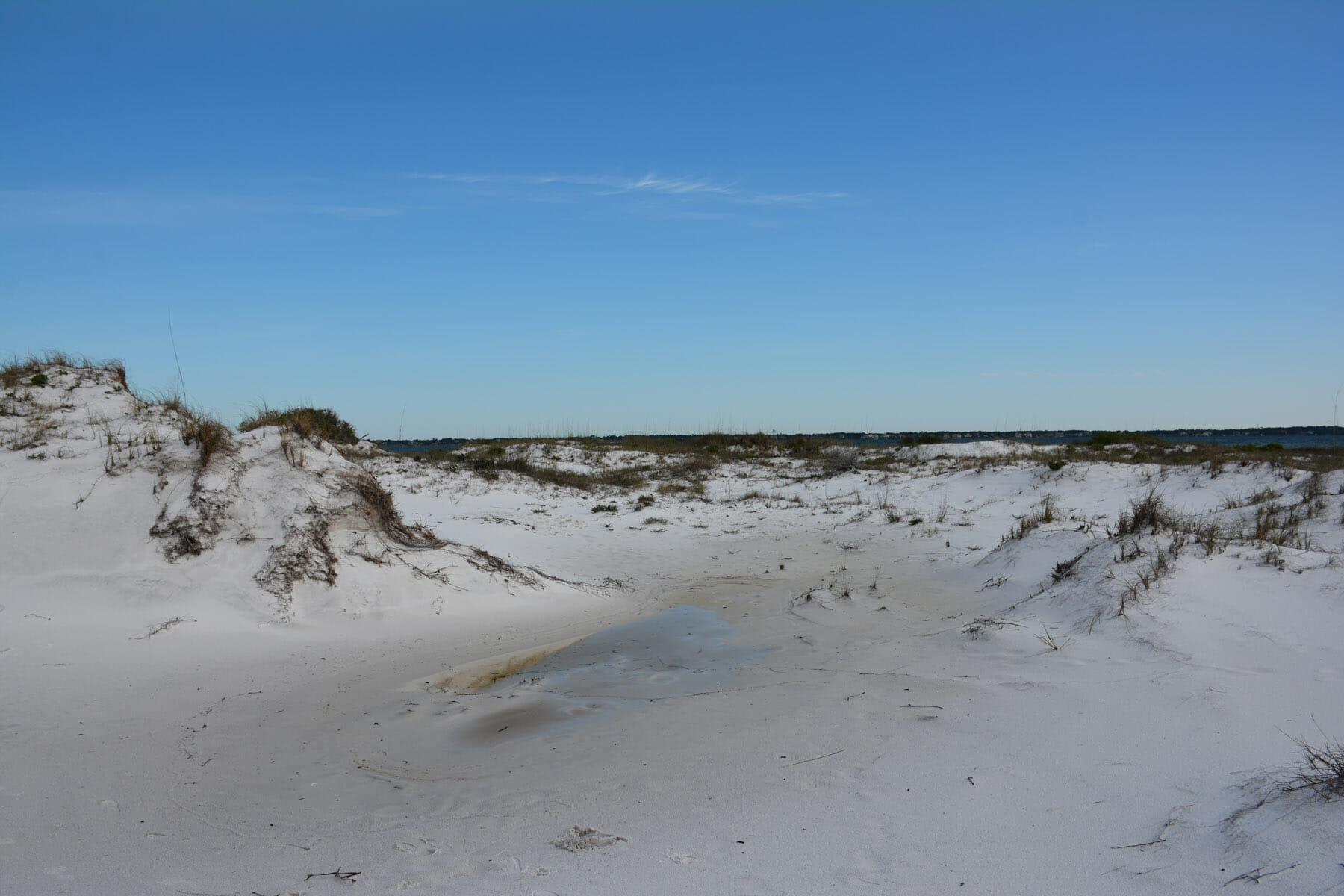 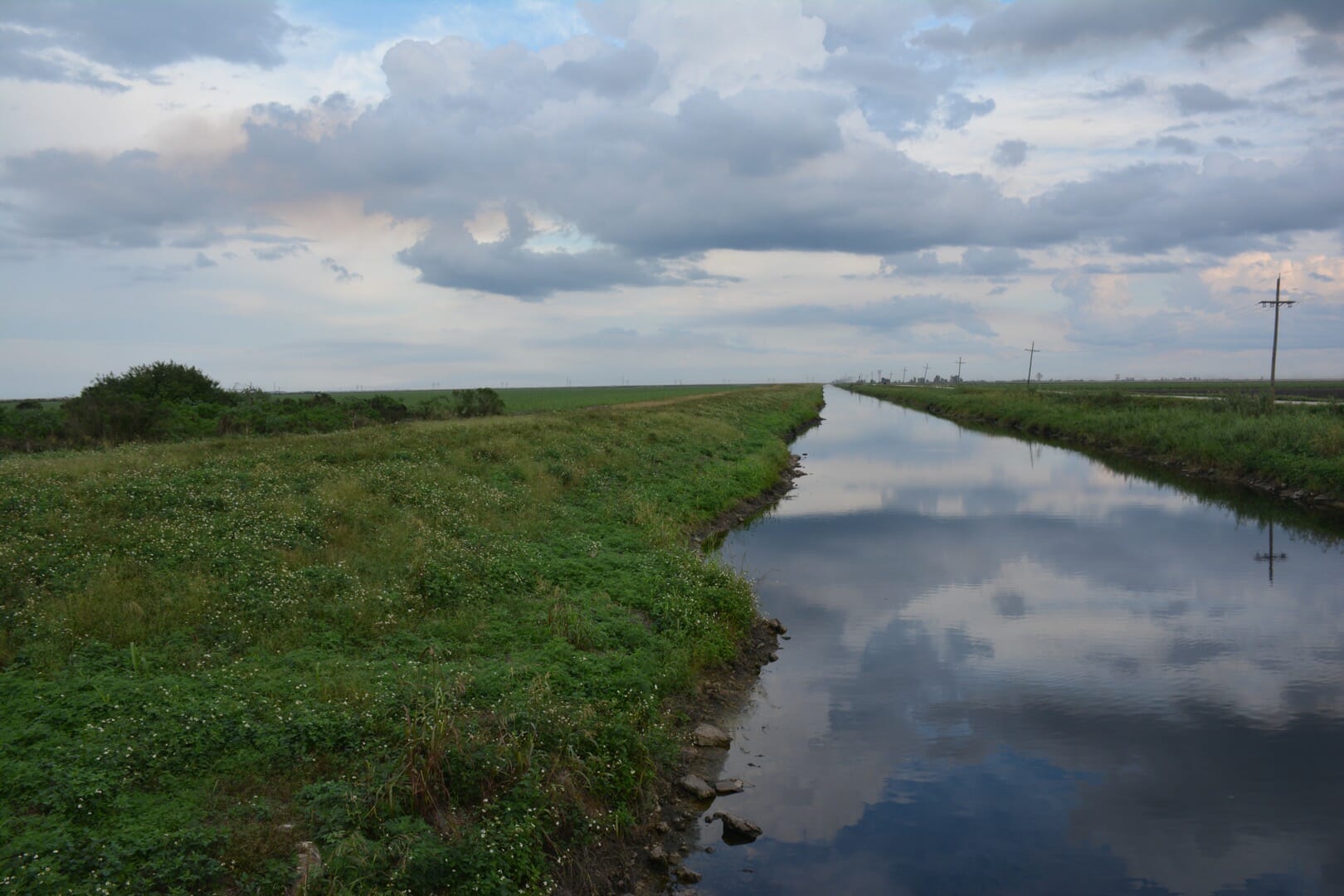 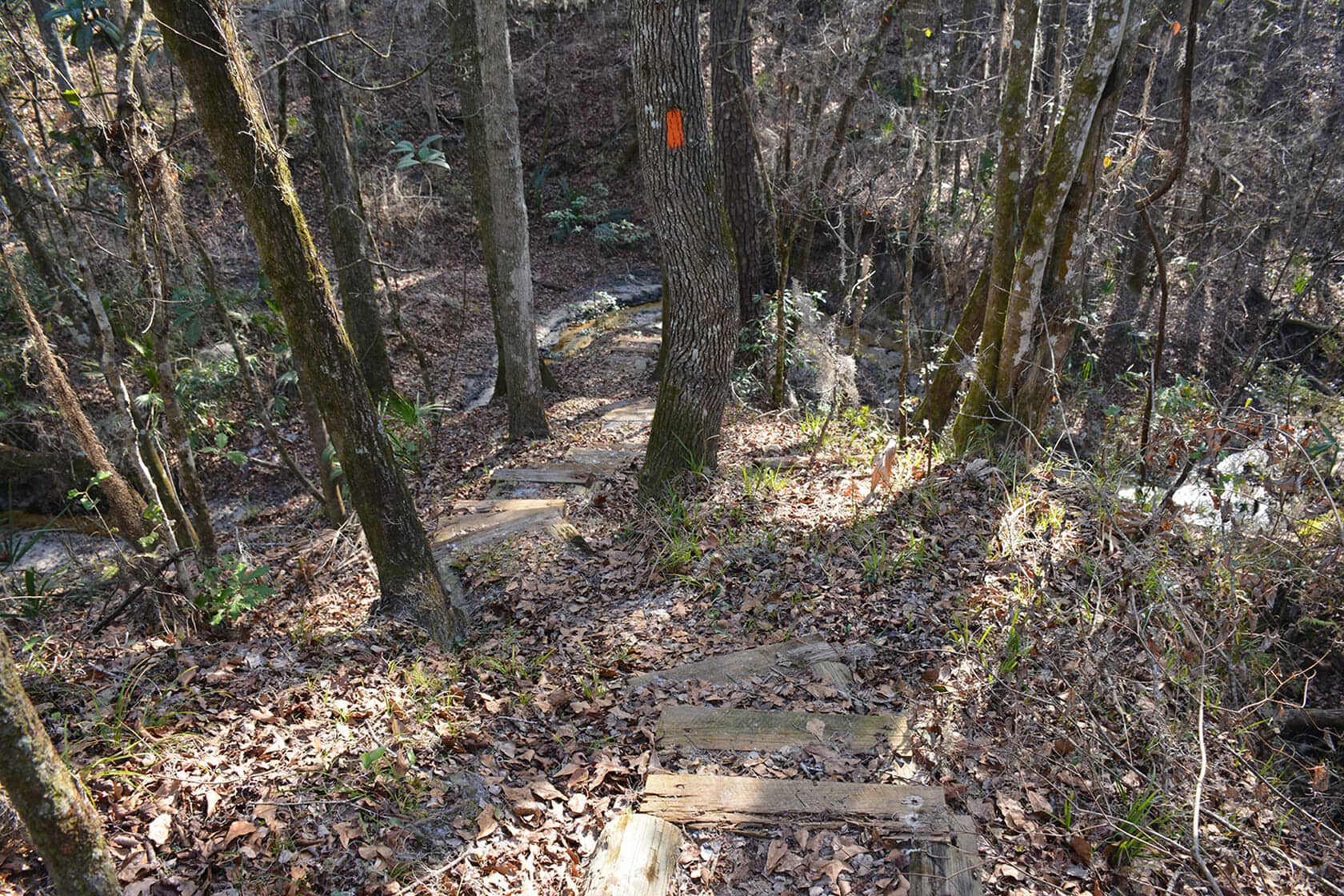 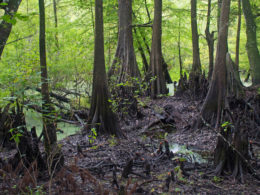