At the eastern end of the trail, use Rotary Park in Edgewater, which has restrooms and water fountains. Paved parking areas are provided at Cow Creek Rd not far from the I-95 exit for Edgewater at SR 442, Maytown, Gobbler’s Lodge Rd, and in Osteen under the bridge. Parking at Green Springs Park – which is also where the Spring-to-Spring Trail begins – is off a side trail that leads into the park itself.

You can also access the trail by parking at Hickory Bluff Preserve and biking up Guise Rd to meet the trail there, or by parking at Beck Ranch Park along SR 415 and using the SR 415 Bike Path to reach the trail in Osteen.

We’ve watched this trail evolve in pieces since 2013, and each new segment has been a joy to ride. Two major bike paths overlay on the ECRRT. Between Edgewater and Maytown and along the Maytown Spur, the ECRRT is a part of the East Coast Greenway. Both the Maytown Spur and the ECRRT west from Maytown to Green Springs are part of the statewide Coast to Coast Trail.

While an impressive 33.4 miles of paved bike path now makes up the ECRRT, a 3.6-mile gap in the trail remains between Gobbler’s Lodge and Guise Rd.

Starting at Rotary Park in Edgewater, use the crosswalk and sidewalk briefly to reach the beginning of the paved bike path at Dale Avenue. Signage leads the way. This first piece of trail parallels Park Avenue, but you’re in a shaded corridor in the woods. After the crosswalk at Old Mission Rd – a busy intersection – the trail begins a gentle curve southwest. This part of Edgewater is pretty swampy, so you’ll see swamps on both sides of the trail.

After crossing SR 442 on the high bridge, the character of the trail changes somewhat after it passes the Cow Creek Rd trailhead at 4.2 miles. This is the largest of the trailheads along the bike path. Surrounding habitats become drier – although there is a bridge over a swampy creek – and the corridor is densely forested, shielding you from nearby residences and I-95.

The trail pops out to Cow Creek Rd and starts paralleling it in front of homes. Leaving the residential area, it is trapped between tall fences as it works its way around some large quarries dug into the old railroad corridor, and past a shooting range. Beyond the shooting range, it’s a straight shot through scrub habitats down to the crosswalk across Maytown Rd.

After a tight corridor between a fly-in community and Maytown Rd, the trail turns west after it passes under Interstate 95. Although it continues to parallel Maytown Rd, a screen of trees provides a tunnel of green. The landscape becomes very swampy again.

Just after crossing Maytown Spur, the trail comes to a T intersection at a bench, 16.1 miles into the ride. This marks the junction of the East Coast Greenway with the Coast-to-Coast Trail, and a junction in the East Central Regional Rail Trail as well. To the left, heading southeast, is the Maytown Spur.

If you are following the East Coast Greenway south, or are in need of bathrooms or water and a snack, make a left. It’s a half mile to the Maytown trailhead, and just past that, Vergie’s Feed Station. Vergie Clark set this little oasis up many years ago to provide snacks and drinks for hunters – entirely by the honor system – and she delights in seeing cyclists stop by to enjoy the shaded picnic table and treats.

Although there are no signs or markers telling you so, the East Central Regional Rail Trail continues two more miles past Vergie’s, seamlessly connecting with the Brevard Coast-to-Coast Trail at the county line, which is also unmarked (except for the occasional chalk annotations of the Bearded Gent). Here are our details on that route, which leads to Titusville.

On the next 6.5 mile stretch between the Maytown Spur junction and Gobbler’s Lodge Rd, the trail shows off the beauty of this rural portion of Volusia County. While the trail continues to parallel Maytown Rd, forests and eventually swamps fill the gap between bike path and highway. There are several long bridges over swamps.

This is the part of the trail where you are most likely to see wildlife. Don’t be surprised to see alligators sunning along the edges of the trail, especially near the culverts and at the pond adjoining the Gobbler’s Lodge Rd trailhead. This large paved parking area marks the end of the continuous bike path from Edgewater (and Titusville, for that matter) westbound.

If you want to continue towards Osteen, you must exit out to Maytown Rd and ride with traffic for the next 3.6 miles to Guise Rd. While Maytown Rd is popular with motorcyclists and has bursts of traffic on the weekends, it’s quiet on weekdays. There is no bike lane.

Turn across traffic onto Guise Rd to resume riding the bike path. It starts out in a pine forest, and then does a bit of a jog out to ride right alongside Maytown Rd for a short distance to skirt around residences that were built right atop the rail line. When it jogs back away from the highway, it becomes a long, straight corridor once again. As you draw closer to the community of Osteen, you’re riding behind rural backyards.

In Osteen, there is a road crossing over Dickson Ave within sight of the post office. Just beyond it is a decision point: stay straight ahead to cross over the bridge, or take the ramp to the right to the Osteen trailhead beneath the bridge and to access the SR 415 bike path, which is essentially a broad paved sidewalk on the east side of SR 415.

It links north into Deltona and south to Sanford. It’s a quarter mile south on that bike path to the Osteen Diner, a favorite lunch stop of ours. The Osteen trailhead is 28.9 miles into the ride.

A bridge similar in grade and architecture to the one over SR 442 guides the trail over busy SR 415 in Osteen. Once you are west of that crossing, the trail settles back into a forested corridor, with some road crossings and driveways over it in a rural portion of the county between Deltona and Enterprise.

Courtland Road is the one major road crossing. An interpretive sign points out the former location of the community of Garfield, and you ride by a well-hidden Audubon preserve.

Just as the transition from Brevard to Volusia was seamless at the county line, so is the transition from the ECRRT to the Spring-to-Spring Trail at Green Spring. The paved path stretches ahead to the west. Only the surrounding signage lends a clue that its name has changed.

You can continue on west along the Coast to Coast Trail route by following the Spring-to-Spring Trail, or exit here on the paved path leading into Green Spring Park.

The path winds through the park to the restrooms and parking area. The namesake spring is not along the paved trail but is worth getting off your bike and walking the short distance to see it before you wrap this 34.5 mile ride. 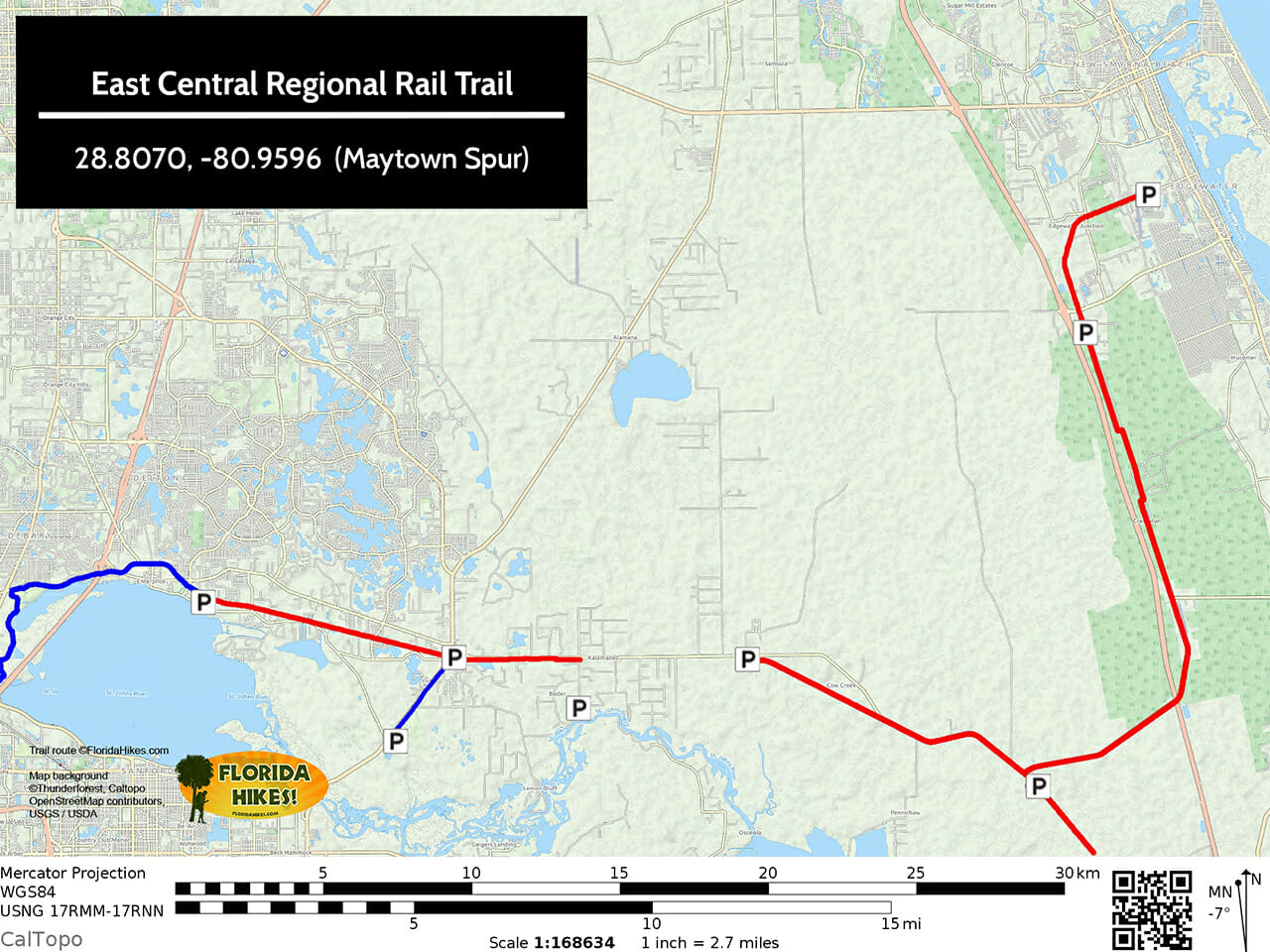 A round-trip ride from Rotary Park to the Maytown Spur trailhead is 33.2 miles, with Vergie’s a good rest stop and turnaround point. A round-trip ride to Osteen is 57.8 miles, and a round-trip to and from trail’s end at Green Spring Park is 69 miles. 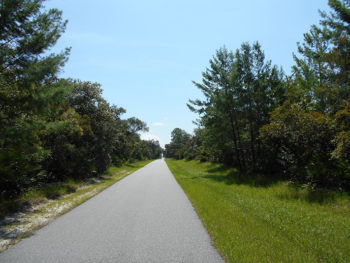 John explores the C2C between Osteen and the St. Johns River by starting at Lake Monroe Park and ending at Osteen, using the Spring-to-Spring and ECRRT trails through southern Volusia County 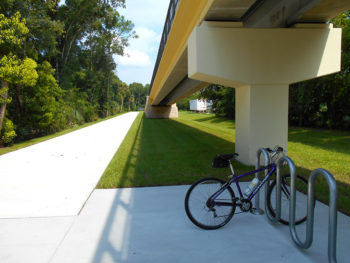 After watching the progress on the ECRRT at Osteen over the past year, John takes a ride to the east to see how far the new paved bike path goes 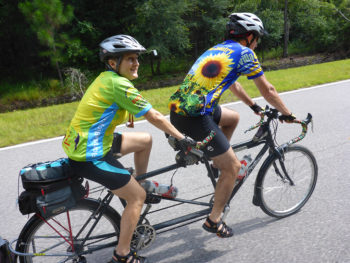 One week, 260 miles, human (and train) powered. That’s the goal of the four riders touring the East Coast Greenway and St. Johns River-to-Sea Loop on a ride that started with a trip from downtown Orlando to DeBary via SunRail on August 1. 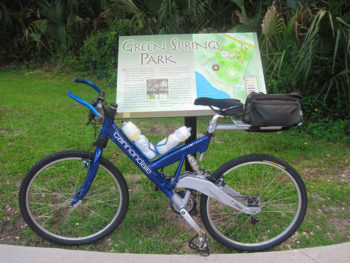 Volusia County’s East Central Regional Rail Trail, or ECRRT, runs east towards the coast from Green Springs Park. This segment ended at Osteen when I biked it, but has been extended since. 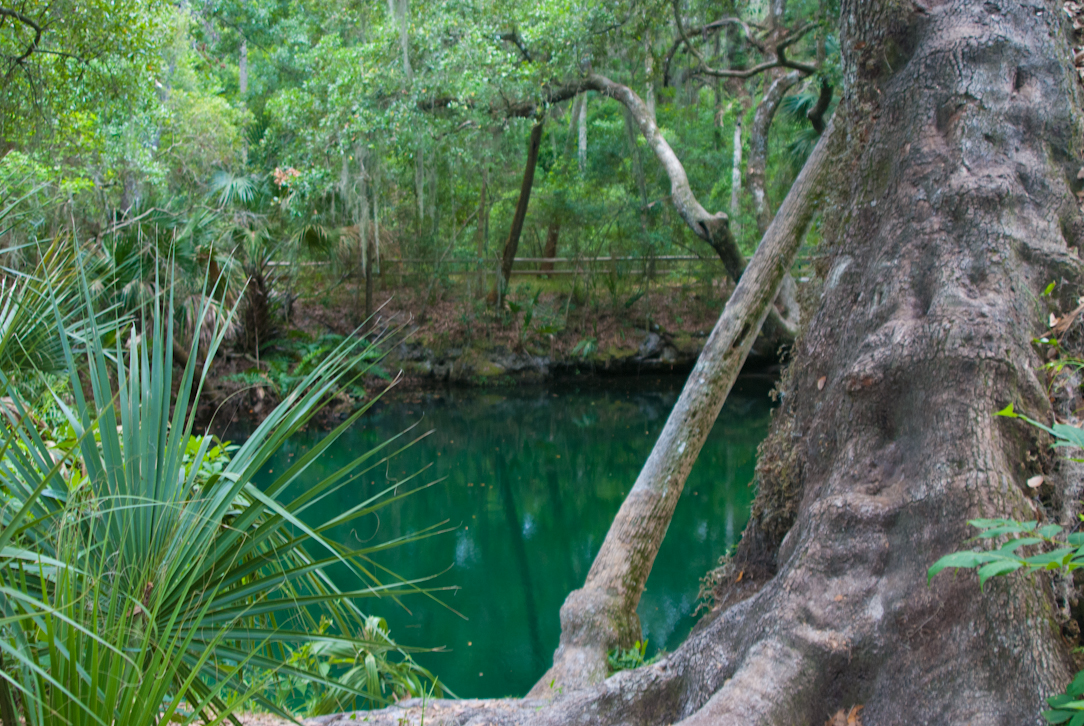 At Green Springs Park, the shady trails are short but well-groomed, with options for all abilities. It’s an excellent destination for families to enjoy, with connectivity to two major bike trails. 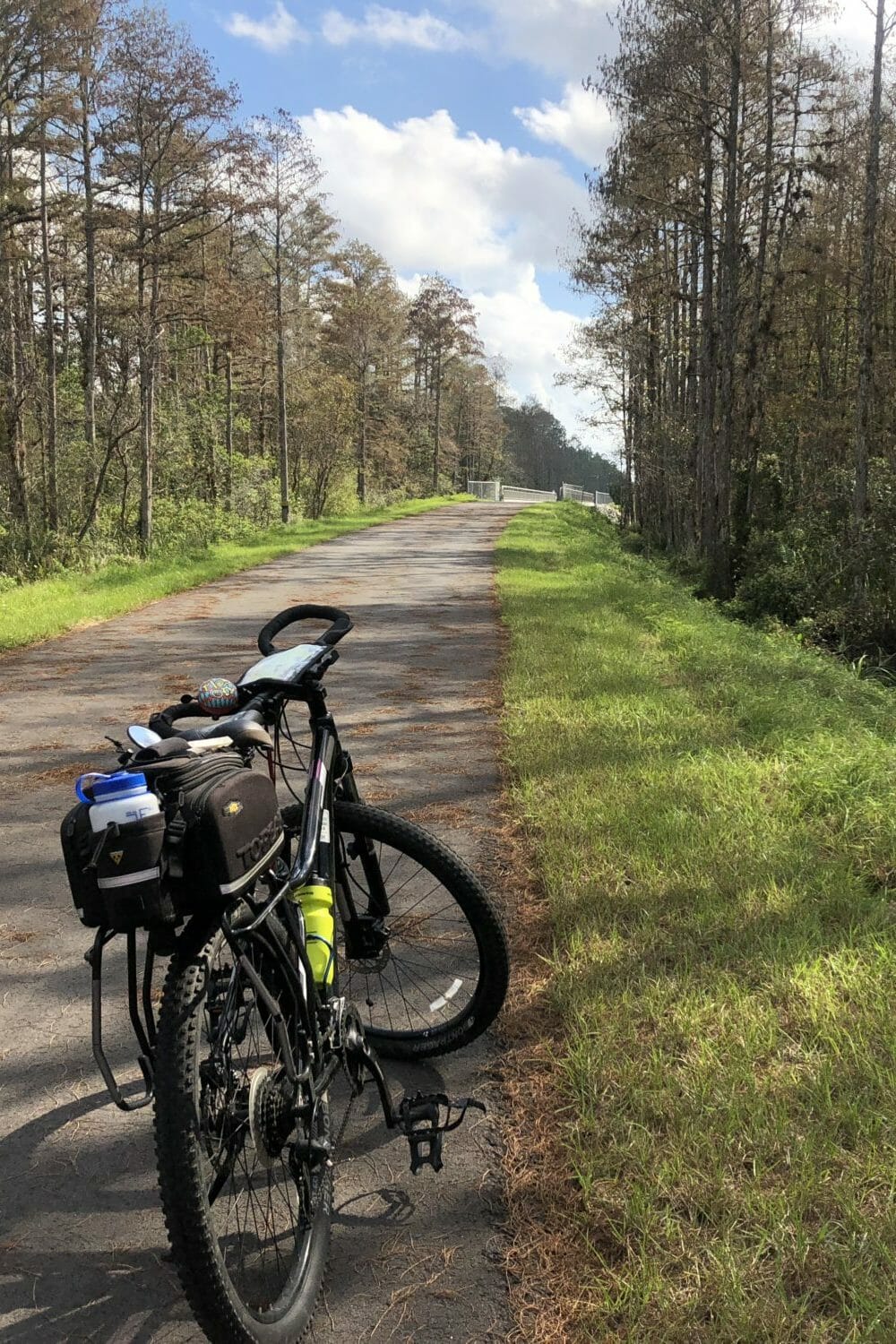 Brevard’s Coast to Coast Trail
Next Post: How to prepare for a backpacking trip