In the northernmost of the Florida Keys, Elliott Key is the most remote place in Florida where you can take a hike in the shadow of a major city.

A monument for conservation within sight of Florida’s busiest and most sprawling metropolitan area, Elliott Key is among nearly 50 islands that make up the northern Florida Keys.

In 1961, twelve landowners on these islands in Biscayne Bay banded together to develop the “City of Islandia,” with the intent of dredging an access channel and clearing the islands to make them more like surrounding Miami, covered in houses and hotels.

This sparked a great deal of opposition locally by those who wanted to preserve the pristine waters of Biscayne Bay. Urged on by Congressman Dante Fascell, Congress approved the creation of Biscayne National Monument in 1968.

But the day before President Lyndon B. Johnson signed the new park into law, the “City of Islandia” developers drove a team of bulldozers down the middle of Elliott Key, just for spite. They leveled a swath of virgin tropical forest six lanes wide and seven miles long.

More than 50 years later, this cut, called Spite Highway, has filled in to be a tunnel through the tropical forest. It is one of the two places you can hike on Elliott Key. Since it can only be reached by boat, Elliott Key is the most remote place you can take a hike in Florida and still be within a major metropolitan area.

Open daily. No camping or dockage fees apply from May 1 – September 30, when the mosquitoes are at their worst. Otherwise, it is first come, first serve to use the established campground on the island, which has a toilet. You must carry enough drinking water with you for your visit. Dogs are permitted at the campground, but not on the trails.

Know your toxic trees. The tropical hammock is home to poisonwood, a common species in the Florida Keys. Avoid coming into contact with it. Always bring mosquito repellent and consider a bug net. Mosquitoes are worst in the summer, but always present in the shade of the tropical forest.

As it is seven miles offshore from Convoy Point, Elliott Key can only be reached by boat. Experienced sea kayakers may be able to tackle the expanse but should be prepared for changing weather conditions.

No regularly scheduled tours go to Elliott Key. If you don’t own a boat, you’ll need to arrange a private trip with a park-approved outfitter. Tropic Scuba offers private boat tours to Elliott Key. For other suggestions, call the park’s visitor center.

There are three different hikes you can do out of the campground on Elliott Key. The most popular for day-trippers is the Elliott Key Trail, a 1.1 mile loop. While Hurricane Irma caused enough damage to close the trails for nearly two years, they have recently reopened after much work to clear them.

The Elliott Key Trail starts at a sign near the harbor. Diving into the shade of the tropical hammock at first, it emerges behind the edge of the mangrove forest shoreline before crossing Spite Highway. Reaching Point Adelle on the east side of the island, it follows a boardwalk along the Atlantic Ocean.

The famed coral reefs of the national park protect Elliott Key from being battered by waves. They also served up a steady commercial trade for the wreckers who once lived throughout the Florida Keys, who would collect and sell what remained of shipwrecks on the reefs.

Once the trail leaves the boardwalk after 3/4 mile, you walk through the grassy clearing of the campground before crossing Spite Highway again. This is the connector to go north or south on Spite Highway. The trail ends at the visitor center.

Following Spite Highway for 2.4 miles to the north end of Elliott Key, you get to experience the dense tropical forest that once blanketed the Florida Keys. Now, it’s only found in conservation areas like this.

The trail follows the now very narrow cut through the tropical hammock. Even with the canopy roughed up by Hurricane Irma, it’s still a marvel how nature heals itself. It’s hard to believe that this forest filled in over the past 50 years.

Trail’s end is north of Sea Grape Point. The trail veers east to end up on a curve of beach overlooking the Atlantic Ocean, with the Fowley Rocks light station within view. This is your turnaround point for the 4.8 mile round-trip hike.

The longest hike on the islands of Biscayne National Park, the south end of Spite Highway can be followed for 4 miles. While it starts in a lowlying area close to the campground, it rises up a noticable grade to enter the dense tropical forest. Surface limestone, chunks of fossilized coral reef, peep out of the forest floor.

Once you lose a little elevation, the trail meanders through buttonwoods, with bits of tropical hammock on the high ground. About 3 miles in, there are side trails to coastal views along the way. Petrel Point offers a vista of the Atlantic Ocean, while Sandwich Cove overlooks Biscayne Bay. You may want to turn around here for a 6-mile round trip, as there is no big splashy ending to Spite Highway, just a sudden end in the buttonwood forest another mile south. 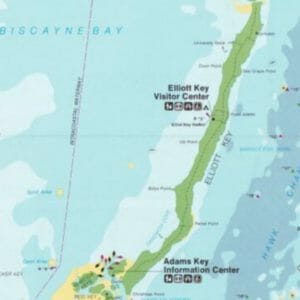 Other destinations within Biscayne National Park 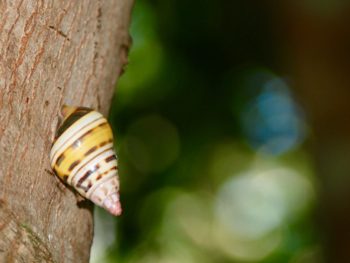 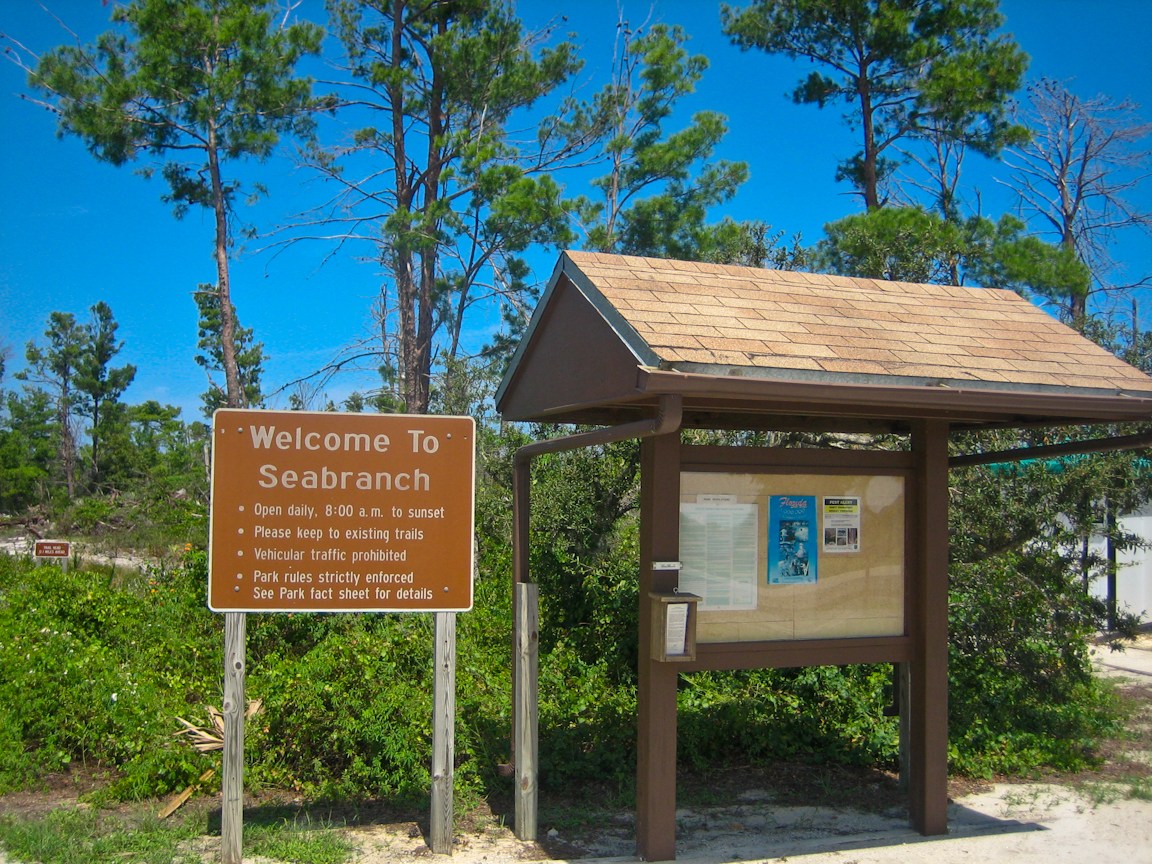 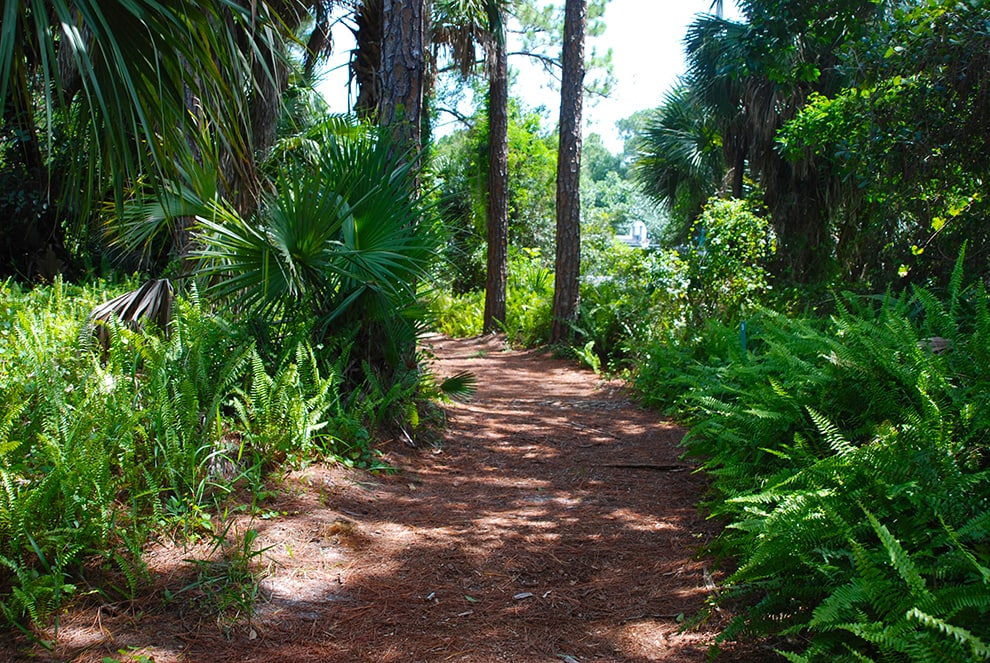