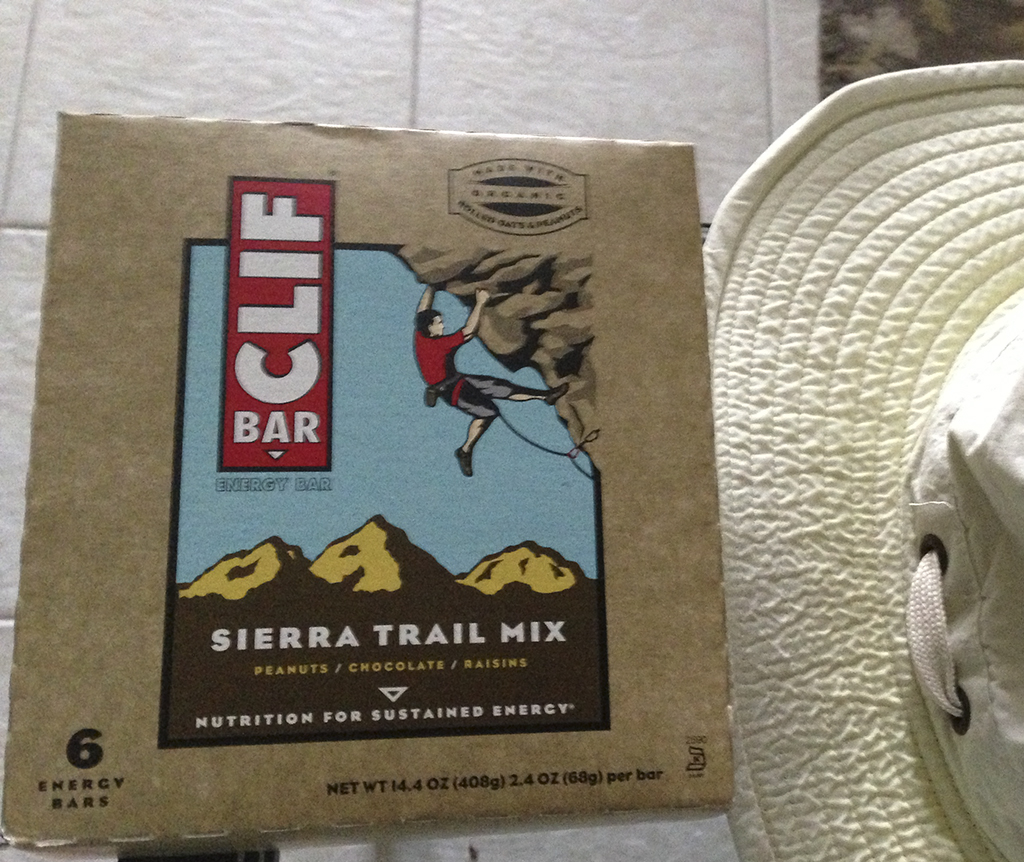 After finishing a bike ride, I tried one of the Clif Bar new flavors: Sierra Trail Mix with peanuts/chocolate/raisins. They’d sent a box of bars for us to try out and share the results with you. It was really good! It tastes more like a home made soft cookie than an energy bar.

I have been a fan of Clif Bars since they appeared in stores in 1992. Yes I’ve been eating them for that long, since they first came out. I used to mail-order them by the case. A long time ago they even gave away “Clif socks” with each case as a promotion. I’m wondering if I still have a pair boxed away someplace.

In 1984 I completed my first triathlon. It was held outside of Orlando, at the Butler Chain of Lakes. The area was still rural and just starting to develop. Triathlons weren’t the big draws that they are now. We were a small group of people trying something new. Seeing the popularity of them now, it’s cool to think I was there in the beginning.

I participated in triathlons all over Central Florida. From Ormond Beach to Melbourne Beach, Orlando, Groveland, Clermont, and places in between. There was one at Orlando Naval Base and at Sea World. It’s here someone snapped a great photo of a much younger and very much thinner me. It’s a photo that I’ve never shared much, because only a few people I knew would understand the need for Speedos for long distance swimming.

During these early years, there was little available for us multi-sport athletes. All I remember were bananas, and a very early version of “power bars.” Taste must have not been very important back then, because all I can recall about them was that they reminded me of Bit-o-Honey candy with sawdust added.

When Clif bars arrived on the scene, I never touched another “power bar” for years. Thank you, Gary, keep up the good work!

I ended my triathlon career by completing a Half Ironman. I approached it like the dozens of other tris I entered. I never once expected to win, or even place. I was out there just to prove to myself that I could finish.

Back then I added the Hawaiian Ironman to my bucket list. It’s still there, but I’m not holding out much hope for it. I’m still not going to say never!

Disclosure: Clif Bars provided us a box of product to sample. And we liked it!