6/2018 update: The campground and waterfront pavilions, along with some of the trail infrastucture at Long Key State Park, suffered extensive damage from Hurricane Irma. No reservations are being taken for 2018. There are no signs of rebuilding the campground, but two new boardwalks have been added to retool the Golden Orb Trail, which now follows a new route.

Along the western end of Long Key, flanking the Overseas Highway.

By 1906, Zane Grey was America’s first millionaire author. He could vacation anywhere, but he chose the Long Key Fishing Camp as his getaway where he could fish in the mornings and write in the afternoons. The island itself was a stunning beauty, with more than 17,000 coconut palms, and caught the eye of Henry Flagler as a resort property as he decided on a route for his Overseas Railroad to Key West.

The camp’s grand hotel attracted the rich and famous, including Ernest Hemingway, Franklin D. Roosevelt, and William Randolph Hearst. However, a hurricane changed everything. With all structures and the coconut palm shores wiped out by the horrific hurricane of 1935, the land passed into private hands. It eventually became a part of the Florida State Park system in 1969.

Hiking and nature trails introduce you to the many habitats on the island, including the weird tidal rock barren, a scrub-like habitat with a forest floor of chalky white sand embedded with coral splinters. Paddle the mangrove-lined lagoons, walk the trails, and picnic along colorful shores in this natural Florida paradise.

Hurricane Irma was not kind to Long Key. The interior mangrove swamp, a major highlight of the park with a boardwalk and observation tower across it, was killed by salt water immersing the mangroves for too long.

The oceanfront campsites washed away along with the natural beach, as did boardwalks and bridges along the Golden Orb Trail, which now follows an altered route. It will be a year or more before the park rebuilds any major infrastructure; it will be much longer before a new mangrove swamp eclipses the ghostly dead one you now see. 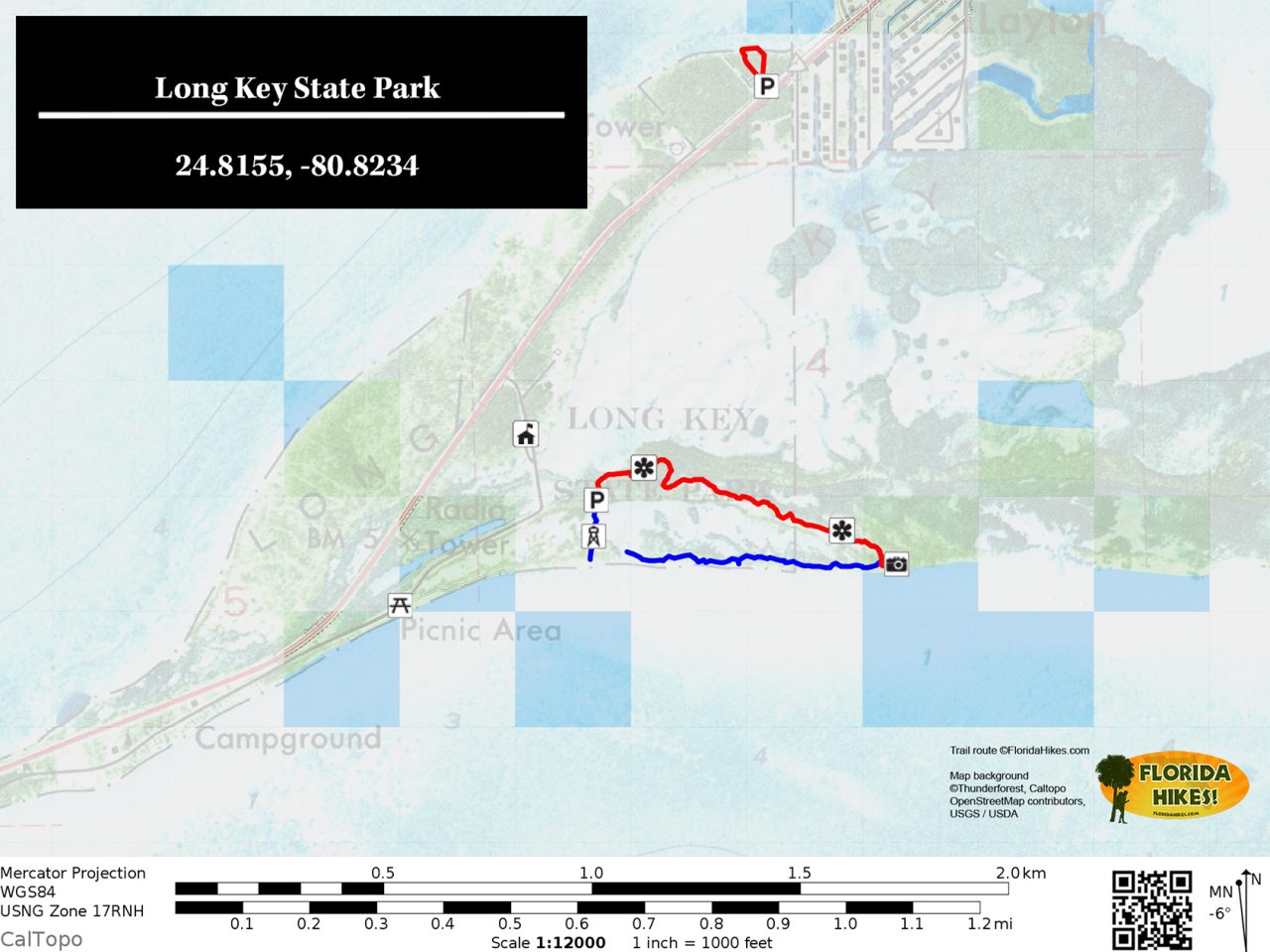