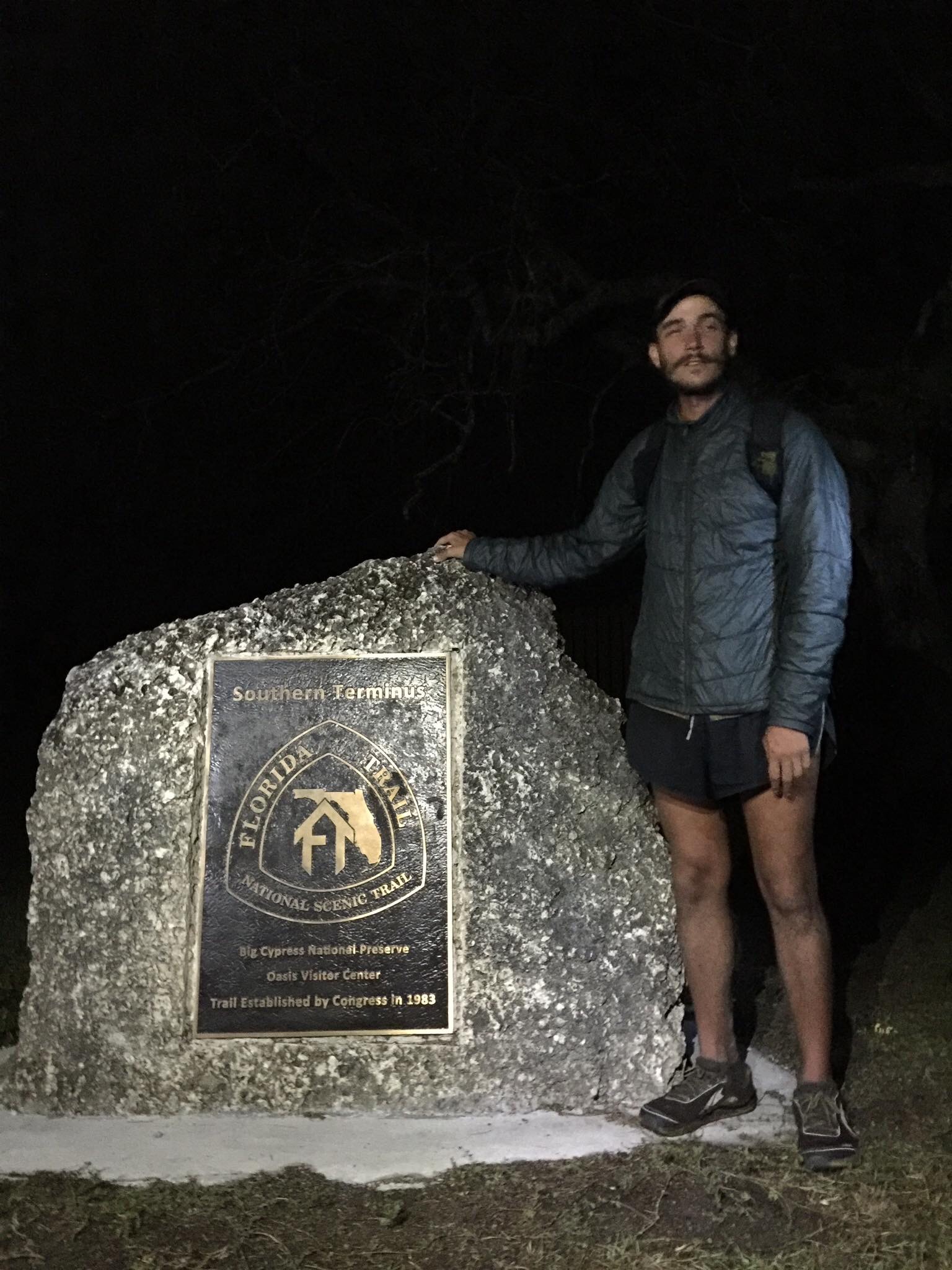 Cruising along at distances of up to 53 miles per day, he bested the record set by “Tatu Joe” Kisner in 2012 by a day and 12 hours. Phil “Concrete” Phelan had taken on the challenge early in 2016 but was stymied by excessive wet conditions; he ended up doing the first yoyo hike of the Florida Trail during his attempt.

The new unsupported record for a Florida Trail thru-hike is now 28 days, 10 hours. James completed this accomplishment as part of a hike of the Eastern Continental Trail; he started in Cap Gaspe, Quebec on July 1, arriving in Florida by foot on December 5. This, ladies and gentlemen, is one hell of a hike.

Many thanks to “Trucker Bob” Finley for being on hand to capture Jupiter’s completion – during the Florida Trail Kickoff, when thru-hikers are headed north into Big Cypress – and for sharing this photo!