Resplendent in the royal purples of pickerelweed, Paynes Prairie is a showy place as spring fades to summer

It’s not often that I am so overwhelmed by a view when driving that I come to a halt, but yesterday was an exception. On a drive to Gainesville, I was blown away by a panorama of purple across Paynes Prairie. 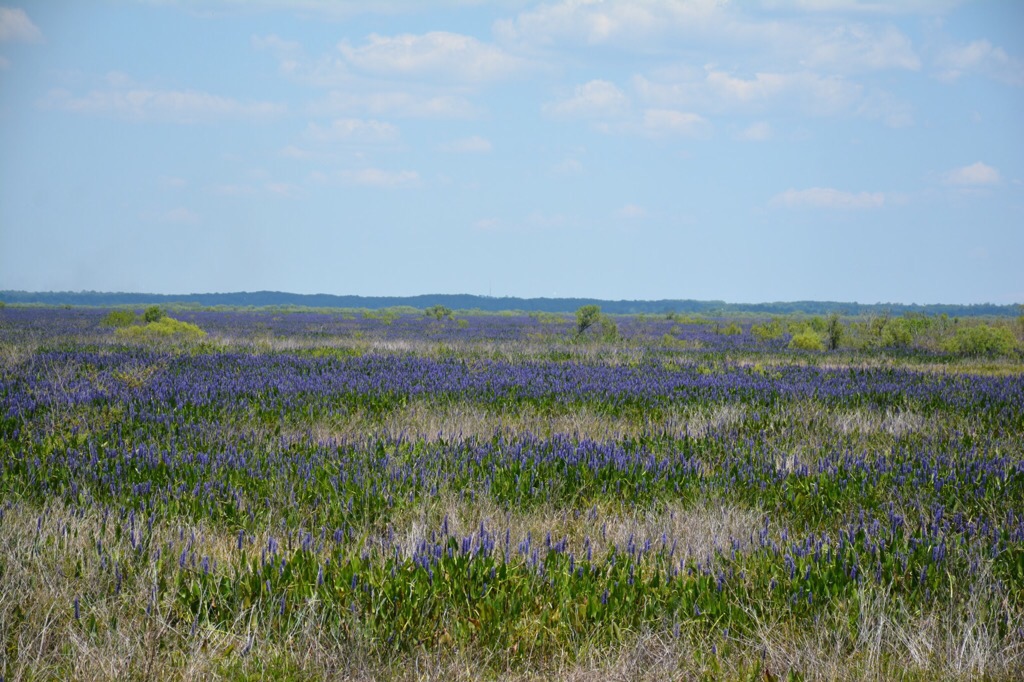 Having commuted to the Florida Trail Association office for five years, I experienced the prairie in all its seasons. I’ve seen thousands of American lotus in bloom.

I’ve seen a sheet of water to the horizon, and the soft greens of spring on the willows.

I’ve seen flocks of white pelicans, hundreds of sandhill cranes, rare gatherings of whooping cranes, and alligators in countless number. I’ve watched bald eagles almost daily, when I made those drives to work.

I’ve stopped at the boardwalk along U.S. 441 many times to take in the view. But never before have I seen the prairie in purple. In early afternoon, it glowed in its royal robes.

Pickerelweed is a common sight in Florida, it’s showy summer blooms drawing your eyes to the ditches alongside the road. A native plant, it’s an efficient filter in wetlands.

It begged comparison to the lavender fields of France, but only in that midday light. When I drove through again in early evening, the showy display had muted to an interplay of light and shadow with no hint of purple at all. 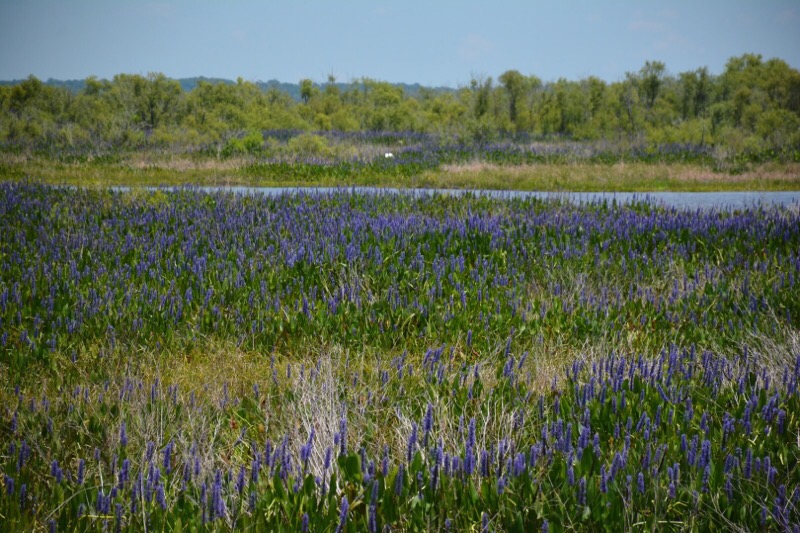 The magic of Paynes Prairie is that it is ever-changing. So if you’re headed north this holiday weekend – to the Florida Folk Festival in White Springs or points more distant – do yourself a favor by taking it slower than normal with a cruise up U.S. 441 to see nature’s ephemeral beauty writ large across the canvas of Paynes Prairie.