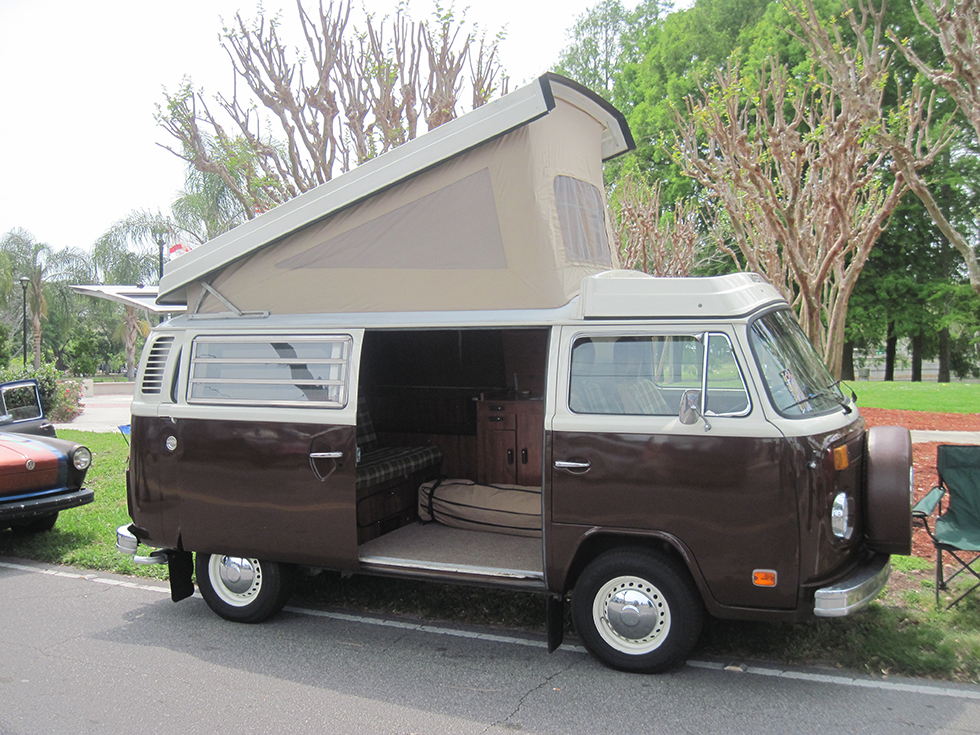 Within sight of the third Westy that looked just like Primrose, we were looking through an array of tie-dyed t-shirts, trying to find a matching pair. Unfortunately, they had sold out of the ones with the VW design swirled through the middle, or we would have bought some on the spot.

We were at the No Dough VW show in Port Orange, Florida. Friends from our local VW club, the Oil Puddlers, let us know about the show and invited us last week when we met them at their regular Wednesday night gathering, held weekly at the nearby Tropi-Shack, a Cuban cafe that keeps even busier as an ice cream shop.

Steve, an old friend and co-worker who restored the old VW dune buggy I once owned, confirmed that he was also going to be at the show. So we left early Sunday morning, looking forward to seeing old friends and making new ones.

The show is held annually at the Port Orange City Center around a small lake, with a canopy of oaks providing a nice place for the vintage VWs to tuck in and show off for the event.

Walking into the show, we could see VWs parked all around the lake, Beetles, Ghias, and Things, oh my. What we didn’t expect were the number of buses and vans: dozens and dozens of them, from mint-condition show vans to dusty daily drivers. Single cabs, double cabs, pop-ups, Westys, barndoors, split windows, bay windows, and even 18 and 21 window microbuses.

We ran into friends with buses, and made friends with more. It was great to find Dave and Tracy there with their two perfect split window buses. They were Primrose’s past caretakers. Tracy was excited to tell us about how she was following our adventures in Primrose here on Florida Hikes!

We found Steve and his wife Betsy sitting behind their stunningly green dune buggy. When he towed it away from my shop, it looked nothing like it does now! Being green was the only thing that was the same. We also ran into our friend Anthony and his family. He’s the owner of Oxford Road Touring Cars, and the one who gave Primrose her first round of freshening up.

The show was great. I saw a ’55 bus and a couple of pre ’56 Beetles, plus probably one from every year until the early ’90s. If you ever owned or drove or even just like old VWs, you need to mark this event on next years calendar. We will!

A VW show like this is not your typical car show. Along with the cool cars, you’ll see families cooking hot dogs and burgers on the grill, kids on skateboards and bicycles, and if you look closely, you’ll even notice adults on skateboards and vintage bicycles. VW culture spans both generations and heritage, and everyone’s all one big family.

As for those tie-dyed t-shirts? The artists promised they’d be at the next show. We’ll just need to get to their booth earlier!

The Harold Store
Next Post: Hiking the Hills of Hutton 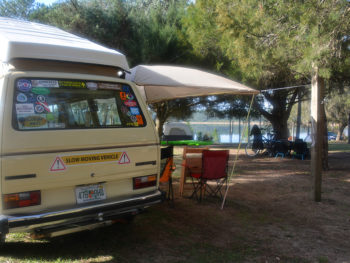 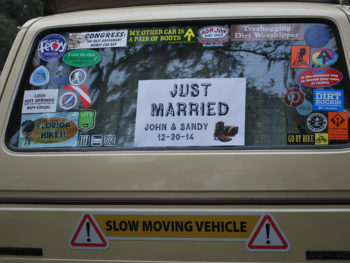 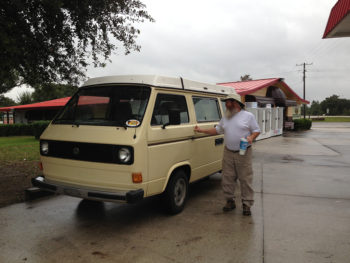 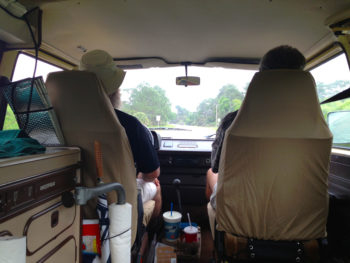 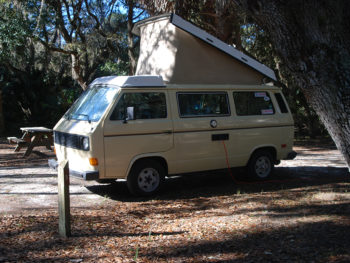 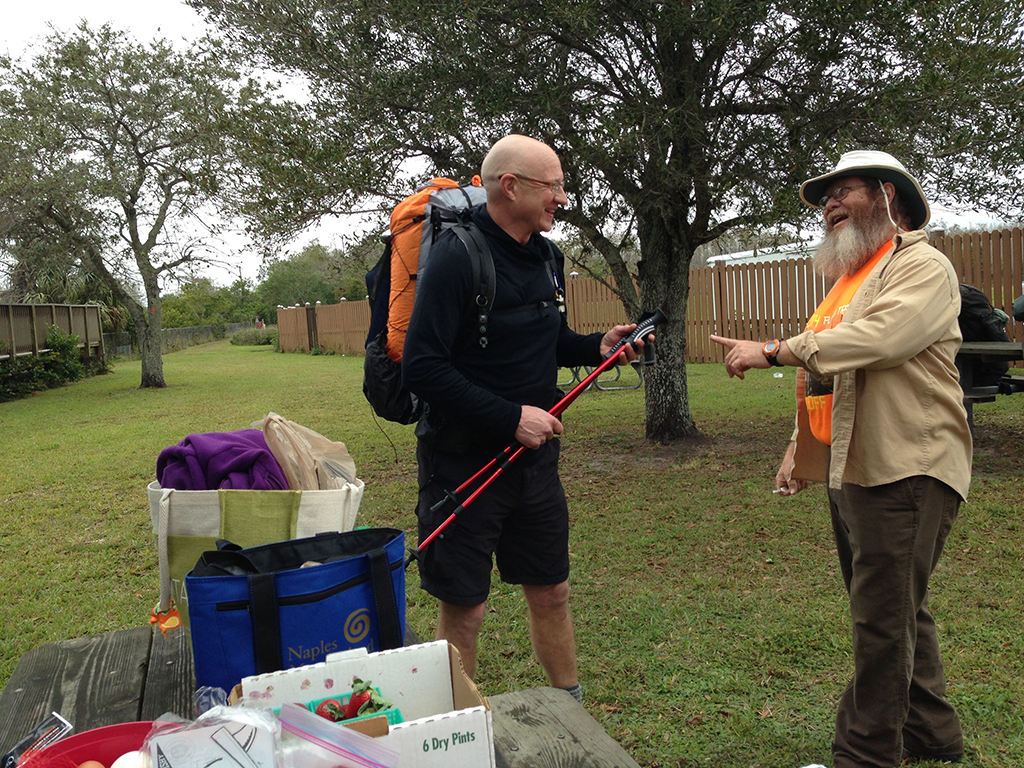