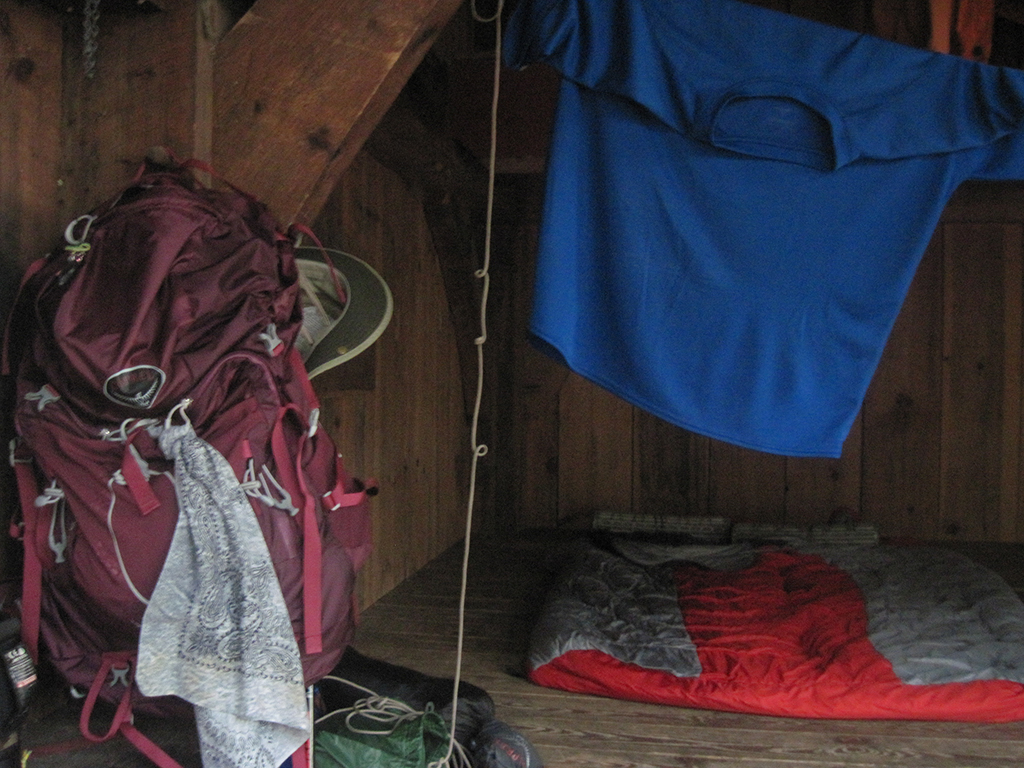 Share
Tweet
Pin
Share
Email
As a couple, we prefer sleeping in our tent at night. One of the features that makes the AT appealing to long distance hikers, however, is the shelter system, three-sided buildings with sleeping platforms that accomodate from 6 to 18 hikers, depending on the size of the shelter. When it rains, almost eveyone tries to crowd into the shelter. The trick, of course, is getting these early and staking out a spot. As slower hikers than the younger crowd, we’re rarely the first ones there.

Plumorchard was an exception. Pulling out of Dick’s Creek Gap after a zero day in Hiawassee, we headed north after lunch, a late start with no expectations other than getting to Plumorchard that day. Halfway there, the rains began, fierce and persistent. While our guidebook said the shelter was 0.2 mile off the trail, by the time we slipped and slid down the blue-blazed path and found the shelter, I’d guessed we’d gone at least twice that.

Stepping under the roof and out of the downpour, we were surprised to find no one else there. We strung up a clothesline, hung up our wet clothes and gear, and made a hot drink to warm up. The rains continued, and we watched them – along with the lightning – from the safety of the most beautiful shelter we’d seen yet. As darkness fell, it was apparent we had the place to ourselves, a treasure of a quiet night in the midst of a terrible storm.